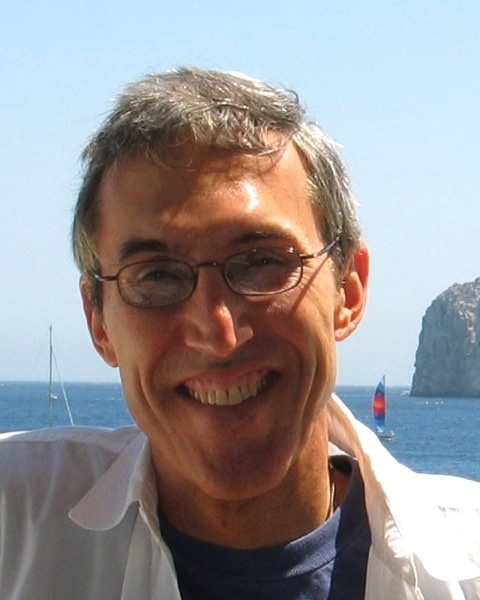 There are strong indications that cardiovascular disease is an inflammatory condition. In fact, many physicians and providers feel that the anti-inflammatory effects of statins are most important in reducing cardiovascular events. The benefits from statins were independent of their lipid lowering properties in several large randomized clinical trials (LIPID; MIRACL; JUPITER). Unfortunately, the adverse effects of statins are becoming increasingly recognized as a cause of muscle problems, diabetes, peripheral neuropathy and global amnesia.

Extracts from hemp, cannabinoids, have been used medicinally for millennia by numerous cultures including the USA for a wide array of conditions until they were banned in 1937 under the Marijuana Tax Act. The cannabinoid group actually include dozens of chemicals besides tetrahydrocannabinol (THC) which is the sole psychoactive component of the plant. Several cannabinoids have shown exceptional anti-inflammatory effects, including cannabidiol or CBD. In fact, cannabinoids have been shown to reduce atherosclerosis and acute ischemic complications in clinical studies. They also calmed inflammation and improved endothelial function for heart and other organs in numerous animal studies. And there is ample evidence of these positive effects through nitric oxide stimulation and cytokine modulation of immune cells.

Despite repeated assurances that side effects of statins are rare and mild, some authors have reported adverse effects in an estimated 25% of users. A careful study of the FDA’s FAERS associates 37,000 reports of renal failure or impairment and over 8500 rhabdomyolysis cases have been reported over the past 8 years. Applying Wolfe's 12% mortality associated with statin rhabdomyolysis, over 1,000 rhabdomyolysis deaths may have occurred - most categorized as acute renal failure. In addition, adherence studies for statins show that less than 25% of users actually follow a regular dose schedule suggesting a much higher side effect profile then reported. Furthermore, discontinuation of statins causes rebound inflammation that could lead to even more cardiovascular events.

Cannabidiol, in contrast, has shown no signs of toxicity or serious side effects in acute high dose or chronic administration. CBD shows considerable anti-epileptic, kidney, lung, retinal and neuroprotective attributes.

Unfortunately, human research on the cannabinoids has been suppressed because of their FDA Schedule I status and extreme research restriction by NIDA (National Institute of Drug Abuse). Schedule I indicates that the substance is dangerous and has no medical value. But, patent #6630507 to the U.S.Health and Human Services (DHHS) granted in 2/2/2001 claims that the cannabinoids from the cannabis sativa plant are specifically “useful for neurodegenerative diseases such as Alzheimer's, Parkinson's, and HIV dementia as well as other conditions”. As mentioned previously, Pubmed lists thousands of beneficial studies with cannabinols.

In summary, cannabinoids offer anti-inflammatory profiles and endothelial normalization that are very similar to statins for prevention of CVD without adverse effects or metabolic disruptions. Several of the cannabinols have shown significant benefits on multiple disease models. Cannabidiol is one specific derivative that is non-psychoactive and endorsed by DHHS. It’s currently available without a prescription and has wide reaching healthful effects far beyond the limited prevention of cardiovascular events with statin therapy.

Joe is an 82-year-old 100% disabled, Korean War veteran who suffered a stroke four years ago and has been diagnosed with vascular dementia, PTSD, diabetes mellitus with neuropathy and a familial tremor. In fact, he was scheduled for an intracranial procedure to dampen that tremor in a just a few months. One year ago he sat in a chair with little interaction and hardly speaking. He was depressed, stubborn and unable to recall recent events. He slept poorly at night and was disoriented especially after sundown. One month ago he sampled CBD. That night he slept until morning and announced that he wanted more CBD. Three days later he started using regular CBD four times a day. Within three days he began reacting with pain to his diabetic needle sticks for the first time in years. His strength and energy improved, his tremor calmed and his cognition cleared. He started making plans for the future and telling Korean War stories, not previously heard, with vivid detail. At his church revival he announced his healing to the congregation. The pastor thought him delusional but looking back the pastor admitted that Joe’s revival rantings were in fact lucid and logical.

Not having driven in four years, the family was apprehensive when Joe insisted on driving to his Veterans Administration PTSD group meeting. The next day with his wife he navigated the 60 mile drive over a crowded highway crossing multiple lanes of traffic on a rainy day without incident. He knew exactly where he was going. At home, he's talking constantly, well aware of the date, time, location and current events. He was so moved by the ravaging whether in New England Joe wanted to drive to Massachusetts to help. Yet, the family had no difficulty dissuading him from the adventure because, when discussed, he fully understood his limitations. Now, he's walking without assistance, independently handling personal business matters with clarity and maintaining a joyful mood that is in stark contrast to his previous suicide ruminations. Furthermore, despite an increased appetite, his blood sugars have steadily dropped from mid-200’s to 130’s in the mornings.

Joe eagerly anticipated my visit and call me by name even though we had never previously met. He was fully oriented and aware of current events and volunteered for public interviews and even the media. Throughout my interview with the family he was fully cooperative, reasonable and very discerning. He even admitted to a rising libido with an appropriate, if not embarrassing, description of his feelings.

His family carefully controls his use of CBD and he consents. Of course they're thrilled with the improvements both physically and mentally. But, they're having to make a number of changes to their plans because it looks like Joe’s won’t be ready for a nursing home anytime soon.